September 2020 was the hottest recorded month worldwide, with 2020 representing the second-hottest year ever recorded. Every one of the top-five hottest years have occurred since 2015.

From meteorologists to ecologists, researchers are closely monitoring the effects of climate change and using that data to help better predict changes to come. Chief among those effects are temperature swings: Winters and summers are expected to be warmer in virtually every city by 2050. But just how extreme those increases will be varies by location.

“These results are eye-opening to our team at Nestpick, as a number of the cities which will undergo the most drastic changes in climate over the next three decades are some of the most popular destinations for Millennials, Gen Z-ers and those even younger, they will increasingly need to keep climate change in mind when searching for the city they would like to eventually settle in,” Comments Omer Kucukdere, CEO at Nestpick.

These scenarios, while already underway, assume that fossil fuels are burned at the same rate. Mitigation efforts could avoid worst-case scenarios, while infrastructure plans in cities will help manage the effects if they should come to full fruition. Keep reading to learn more about the 20 cities globally with the biggest projected temperature increases by 2050. 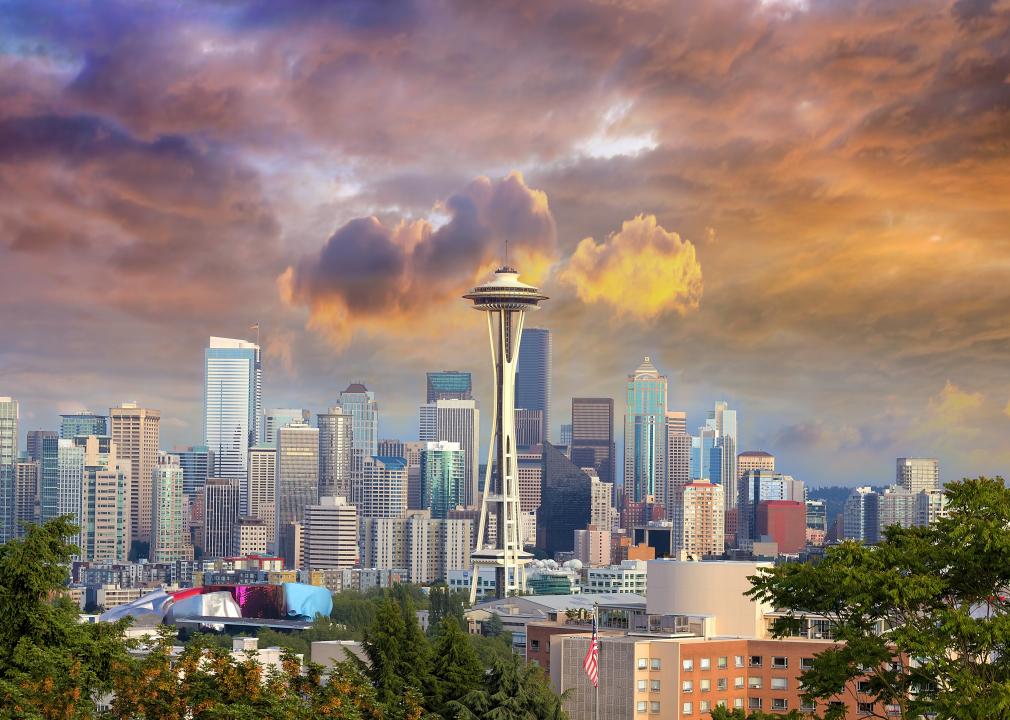 The Pacific Northwestern United States is known for its mild climate. Summer high temperatures average around 72 degrees Fahrenheit, but it’s estimated that the city will see more and more 90-degree (32.2 C) days in the years to come. Heat can be deadly, particularly for the elderly—and especially in a city where infrastructure isn’t already in place to support cooling off its residents. Meanwhile, sea levels in Seattle have risen 6 inches over the past century and are expected to rise 10 more inches by 2050. 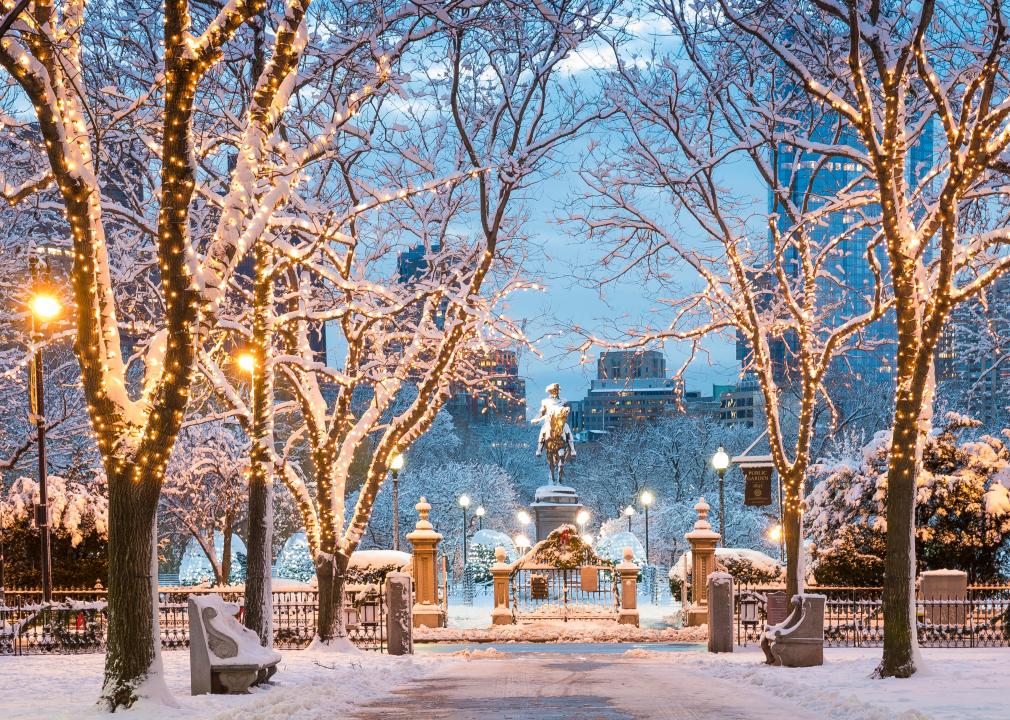 On the other side of the United States, Boston is also heating up as sea levels rise. It ranks 21st in the world for worst sea level rise, with 6 more inches expected in the next 15 years alone. The city is focusing on preparing their waterfronts by restoring marshes in waterfront parks and encouraging flood-resistant developments. It’s not totally clear why Boston and the rest of New England are slated to get disproportionately warmer under climate change, but climatologists suspect it relates to warming seas and its location related to the jet stream and Gulf Stream. 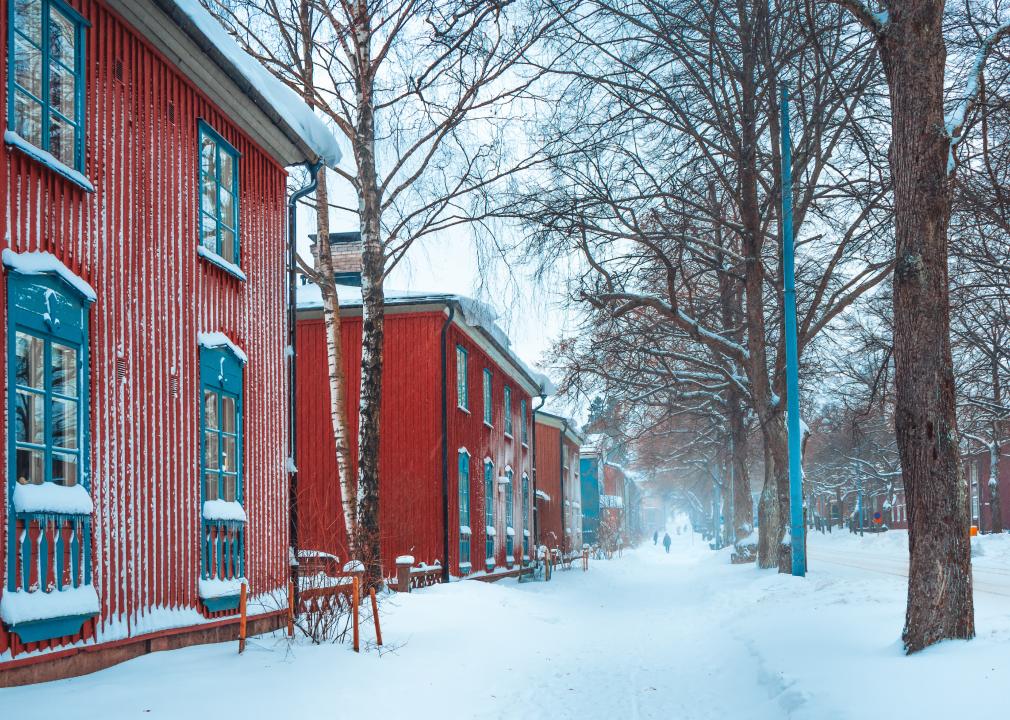 The coldest city on this list, by 2050 Helsinki will be about as warm as Kiev—700 miles to the South—is today. Helsinki is doing its part to prevent global warming and has committed to becoming carbon-neutral by 2035, reducing its carbon emissions by 80%. The city is most concerned about floods and extreme winter conditions and is already ramping up for city-led adaptation strategies like improving stormwater management for floods and improving the cooling of homes for heatwaves. 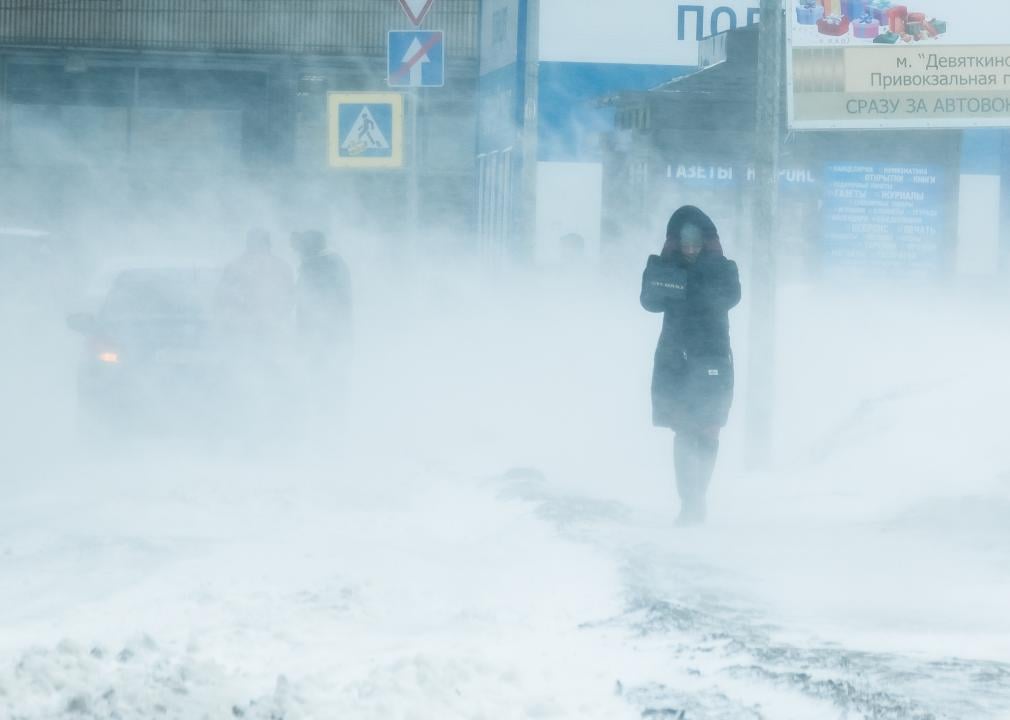 With oceans warming and glaciers melting, St. Petersburg has long been prone to floods from rising sea levels. Construction on a $3.85 billion floodgate across the Gulf of Finland was begun in 1979 to protect the historic city and UNESCO World Heritage Site from storm surges. The project was not completed until 2011 and has held since, but officials noted that the Neva Bay is freezing over later each year which increases the chance for early winter storm surges. 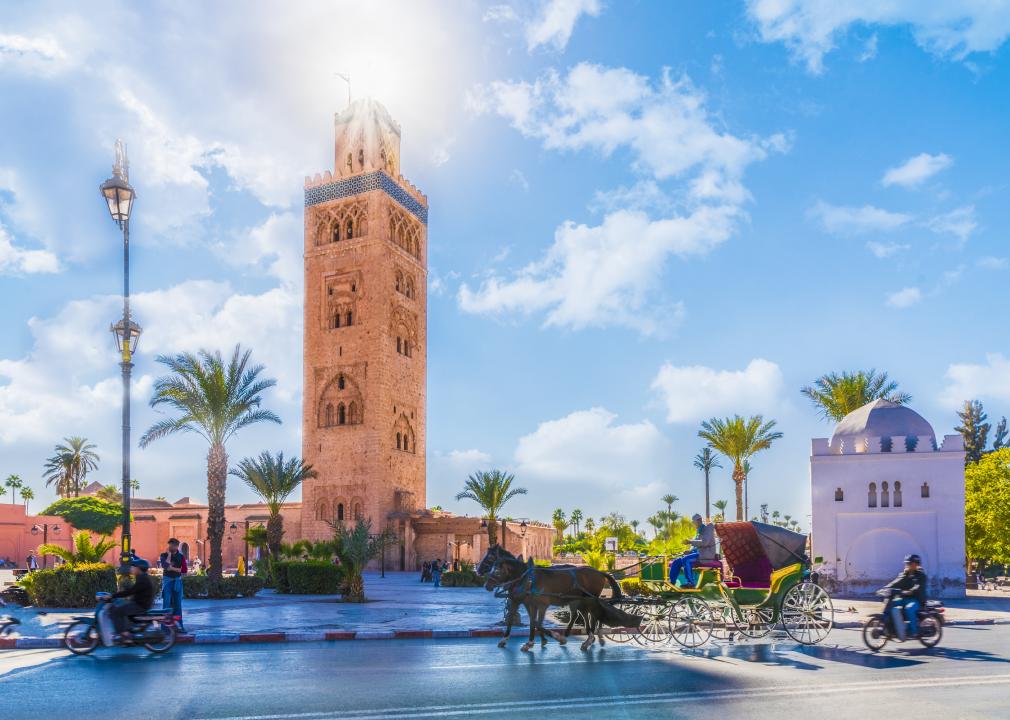 The first inland city to make the list, this urban center in northwest Africa is already warm and getting warmer. Rising temperatures in Morocco are expected to bring increased drought and decreases in water supplies for residents. Rainfall is expected to drop at least 18% and snow cover at least 38%, which would significantly deplete groundwater stores. Marrakesh hosted the 2016 United Nations Climate Change Conference, the first meeting after the Paris Agreement of 2015. 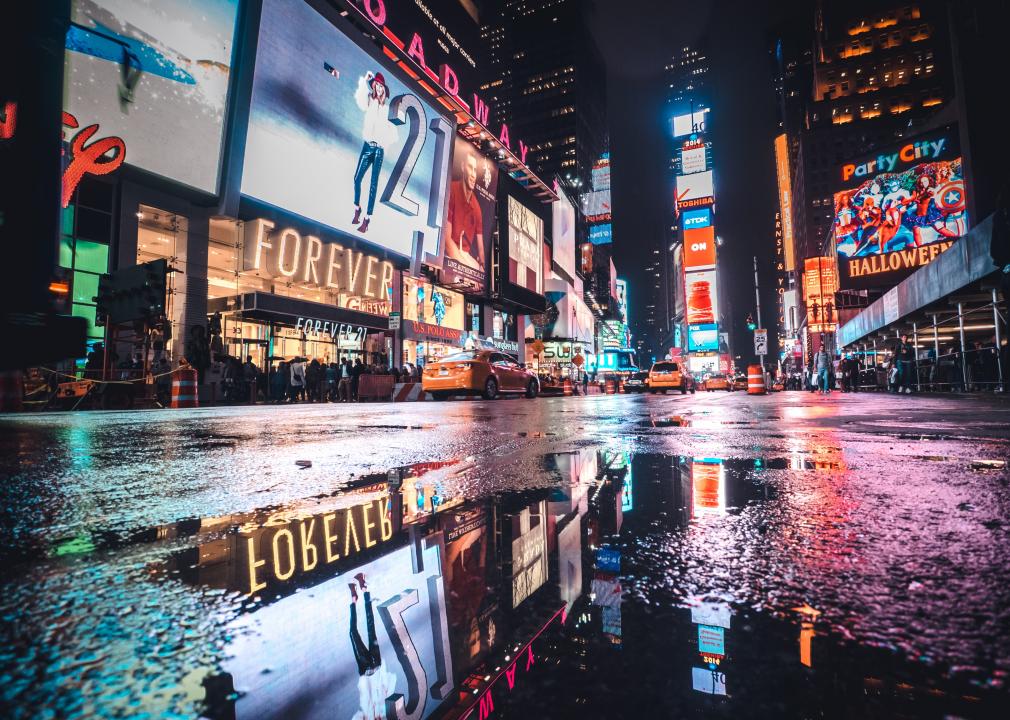 The mayor’s office in New York City has been officially preparing for climate change since 2009, when the New York City Panel on Climate Change first convened. The city is preparing for increased heat, rainfall and flood events, and has begun reconstruction of coastlines to protect them from erosion. The panel announced the city’s official climate strategy in April 2019, which includes coastal infrastructure and community investments. 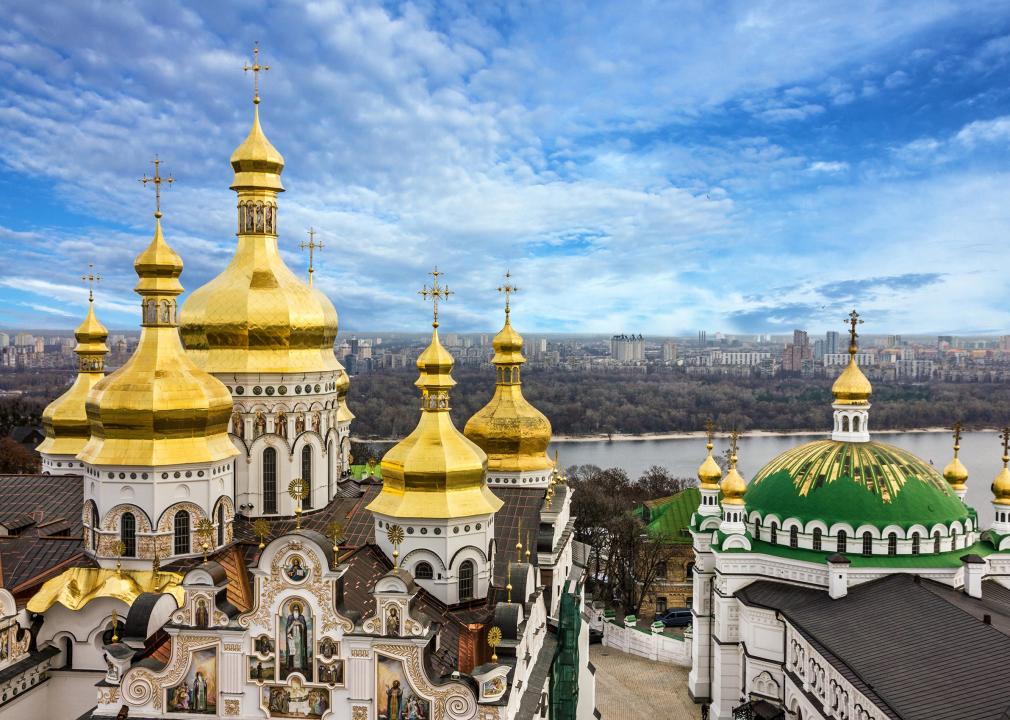 Top of mind in Kiev and surrounding areas is what effects warming temperatures and drought will have on agriculture. Ukraine lost an estimated 1.4 million acres of winter crops such as wheat to drought last winter, after rainfall dropped to 8% below normal. 2019 broke local records for the hottest year on record in Kiev, only to be outdone by 2020. The city broke 36 different temperature records that year, including 12 in March. 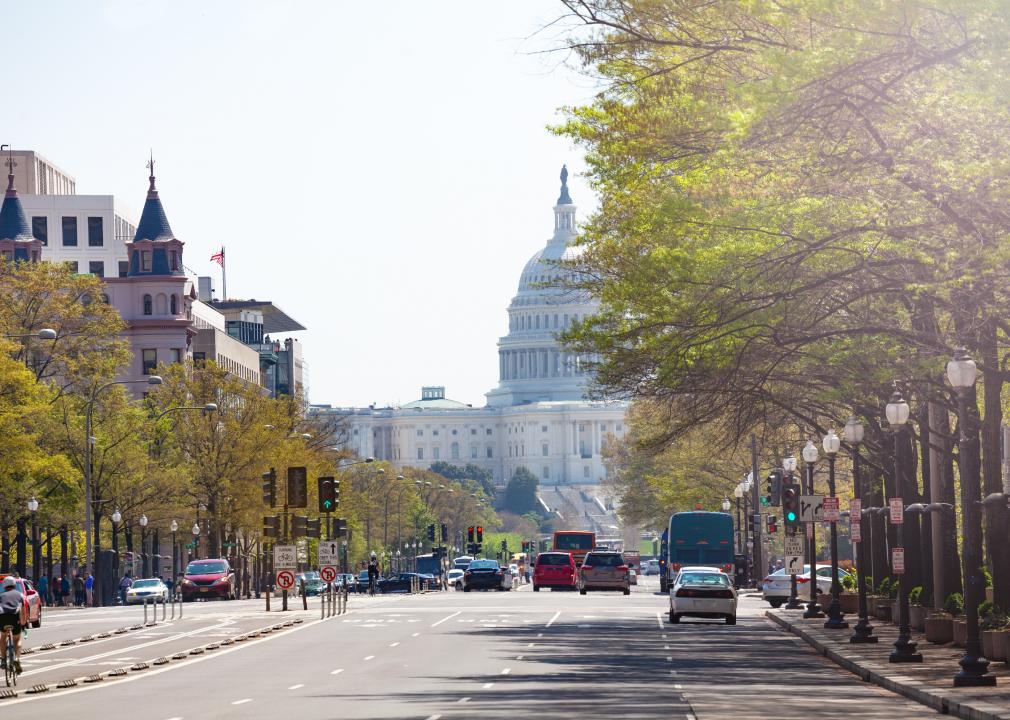 The temperature projections for Washington D.C. are expected to double, if not triple, the number of dangerously hot days the city sees each summer by 2050. Although the U.S. Capital is about 30 miles inland from the Chesapeake Bay and 100 miles from the open ocean, it borders two tidal rivers, the Potomac and Anacostia, which are susceptible to sea-level rise. The two water bodies rose 11 inches in the past 90 years, and are expected to rise 3.4 more feet by 2080. Several underground Metro rail stations already experience flooding, and above-ground transit stations are at risk from storms and extreme heat. 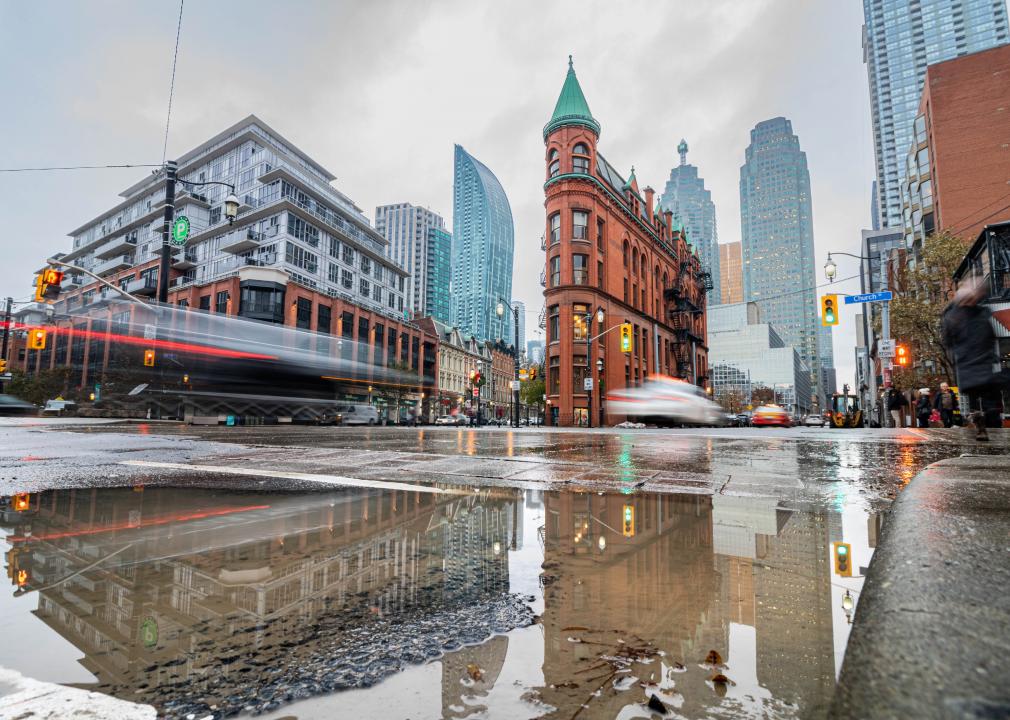 Toronto officially declared a climate emergency in October 2019. The city began mobilizing communities to prepare for the future with a Sustainable Neighborhood Action Plan (SNAP). SNAP is already helping homeowners and businesses retrofit their properties and neighborhoods, assisting with projects like rainwater collection to reduce water use and planting trees and other vegetation to shade homes and reduce the heat island effects of the city. 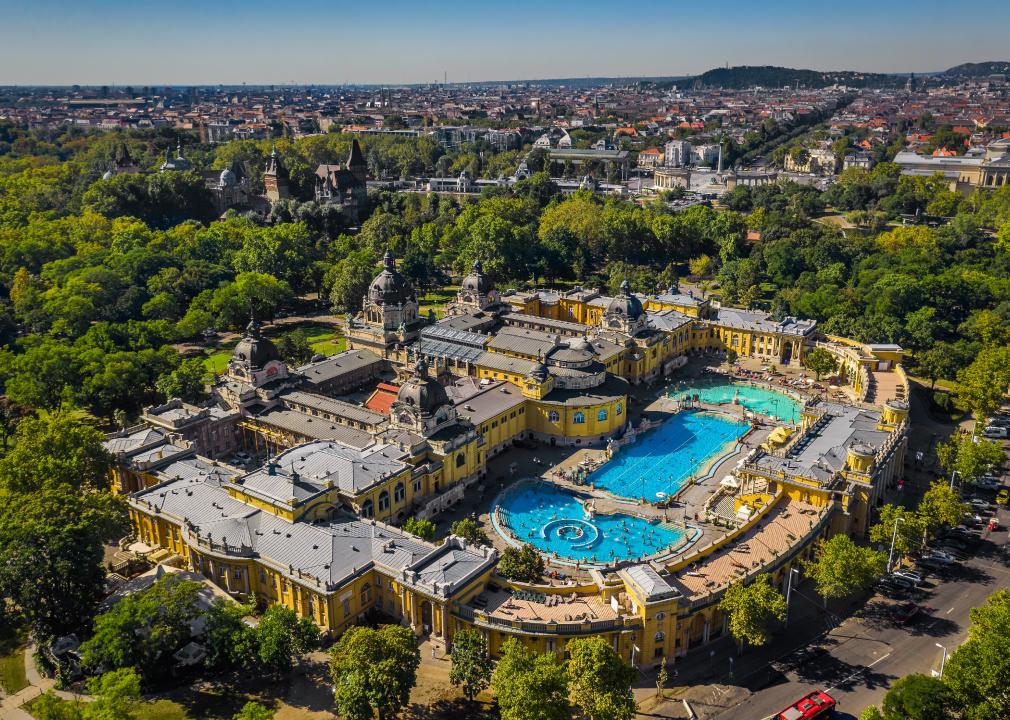 Budapest forms a major heat island, with temperatures in the city center averaging 2.7 degrees Fahrenheit (1.5 C) warmer than the outskirts. Temperatures have already risen by that amount since 1970, and are continuing to rise even more. The city is working on its green infrastructure in hopes that pocket parks, which increase the amount of green space per capita, will cool off the heat island as well as mitigate air pollution. 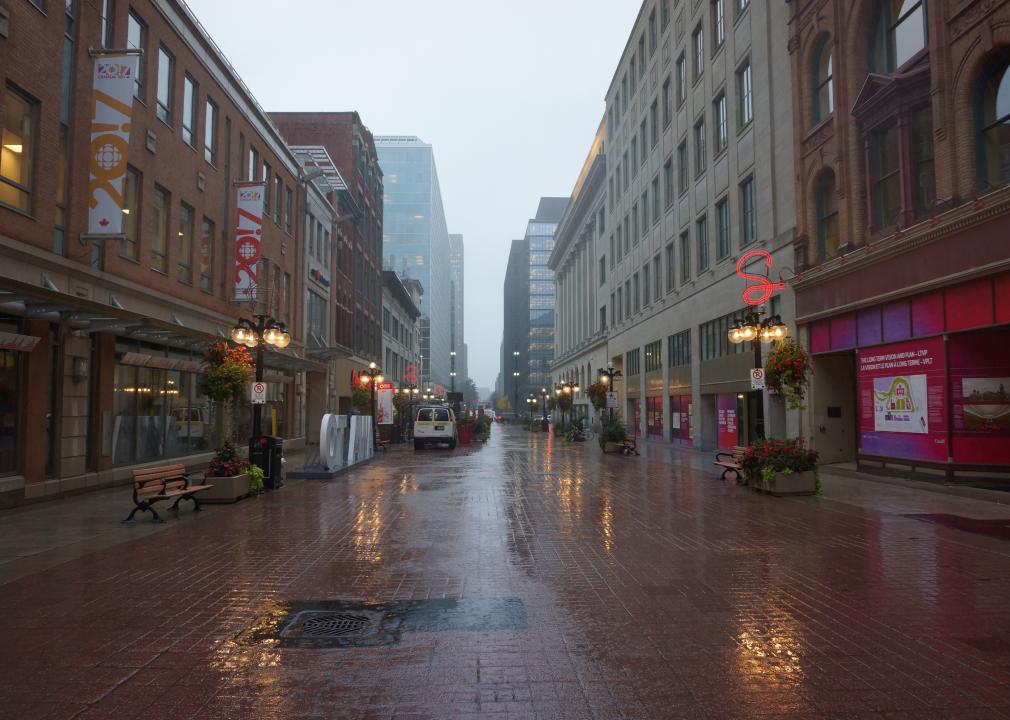 Ottawa pledged in 2020 to commit $100 million to reduce the oil and gas industry’s greenhouse gas emissions by 100 megatons by 2033. The city is bracing for more heat-related illnesses in the summer, home damage and power outages from more frequent severe storms, strained sewer systems from increased rainfall, and damage to roads and other infrastructure from more frequent freeze-thaw cycles. Spring floods are of particular concern to property owners. Ottawa’s government rolled out an ambitious goal of reaching zero greenhouse gas emissions by 2050. 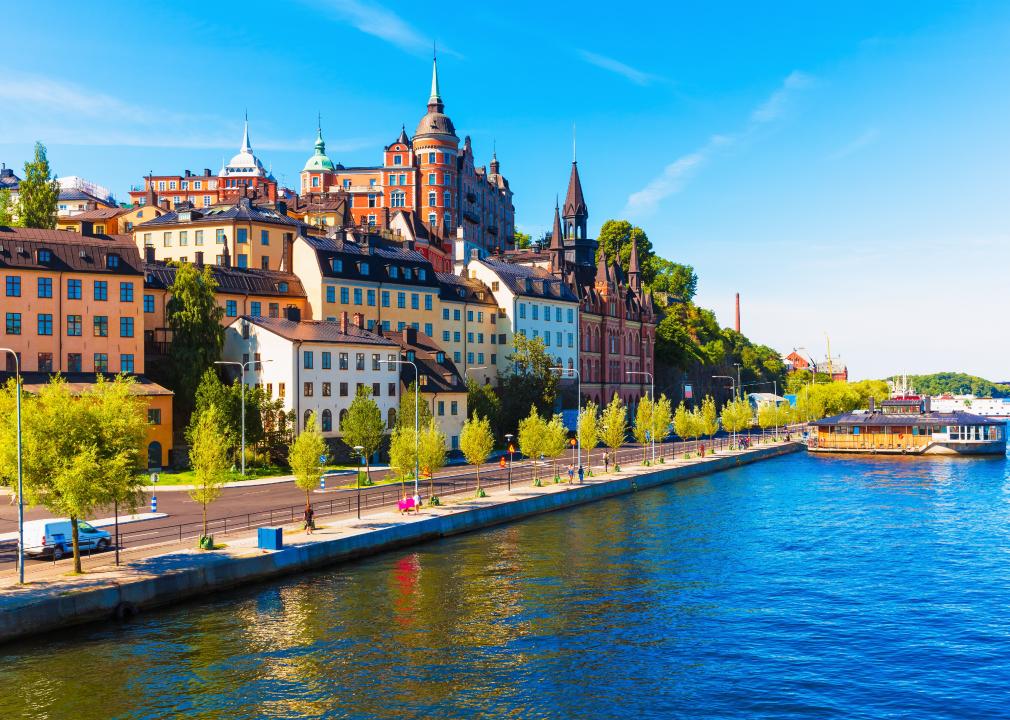 Officials in Stockholm estimated in 2010 that a mean annual temperature shift of 4 degrees Celsius would increase total summer mortality by 5% from heat waves and increases in infectious diseases, though there may be a parallel drop in cold-induced deaths in winter as it warms. Sweden is working toward carbon neutrality, aiming for a 100% reduction in emissions by 2040. Sea levels in the Baltic Sea around Stockholm have risen, but the land has been rising just as fast as it decompresses after becoming ice-free which has kept the coastlines dry. 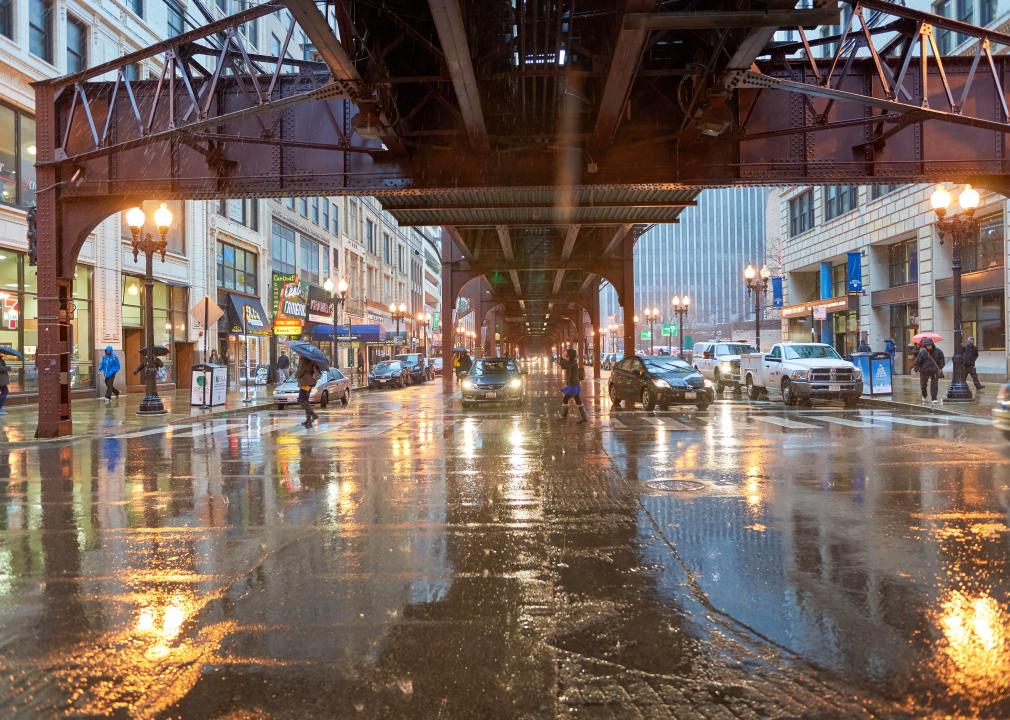 Like the other cities on this list, Chicago is bracing for scorching summer heat and other extreme weather events. It’s expected the area will see longer dry spells interspersed with heavy rainfall events. The city has already started planting new trees that can withstand warmer climates, installing permeable pavements to improve stormwater management, and installing green roofs and reflective roofs to cool buildings. It recently planted more than 500,000 trees over a 15-year period, and all new buildings since 2001 have had to meet the reflective roof standards. 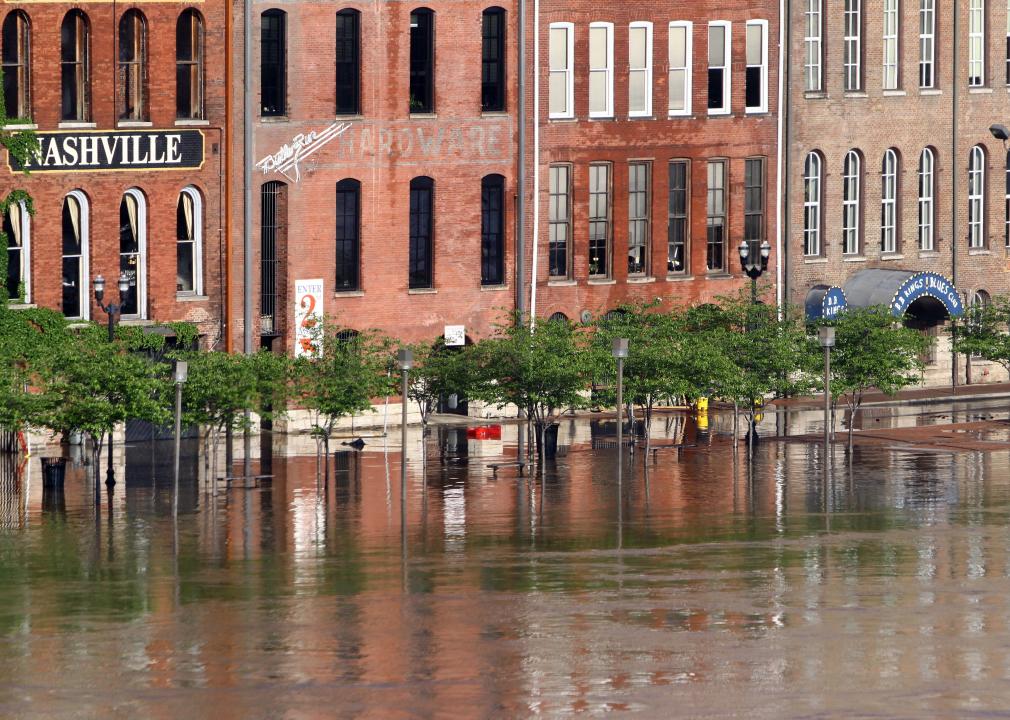 One of the biggest climate events to get the attention of Nashville, Tennessee, residents was the flood in 2010. A record-breaking 17 inches of rainfall—13 inches in 48 hours—fell on the area, causing $2 billion in property damage and killing 11 people. Extreme rainfall patterns and flooding are expected to become increasingly common, as are high heat days during the summer months. What’s more, in a southern state like Tennessee, more warm days mean a longer mosquito season, which increases the risk of the Zika virus and other mosquito-borne illnesses. 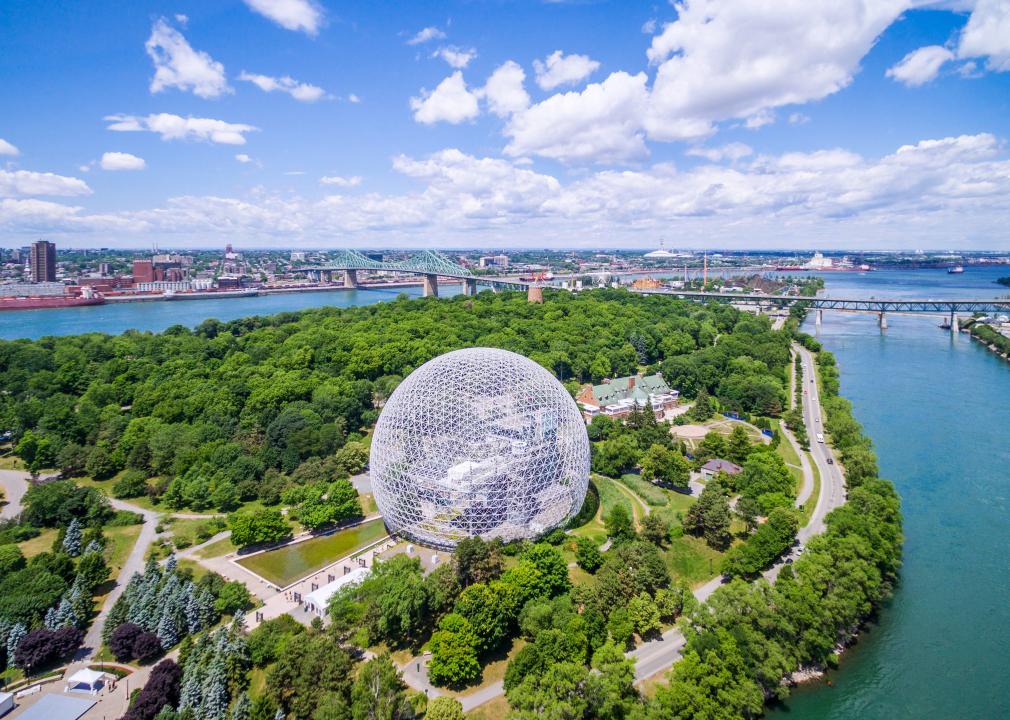 Canada as a whole is expected to bear twice the global rate of warming as the rest of the world, and Montréal is another city expecting longer summers and shorter winters. As part of its 2020–2030 climate plan, the city aims to plant 500,000 trees and protect 10% of the territory’s land in order to decrease climate vulnerability and reduce the area of the city’s worst heat islands. 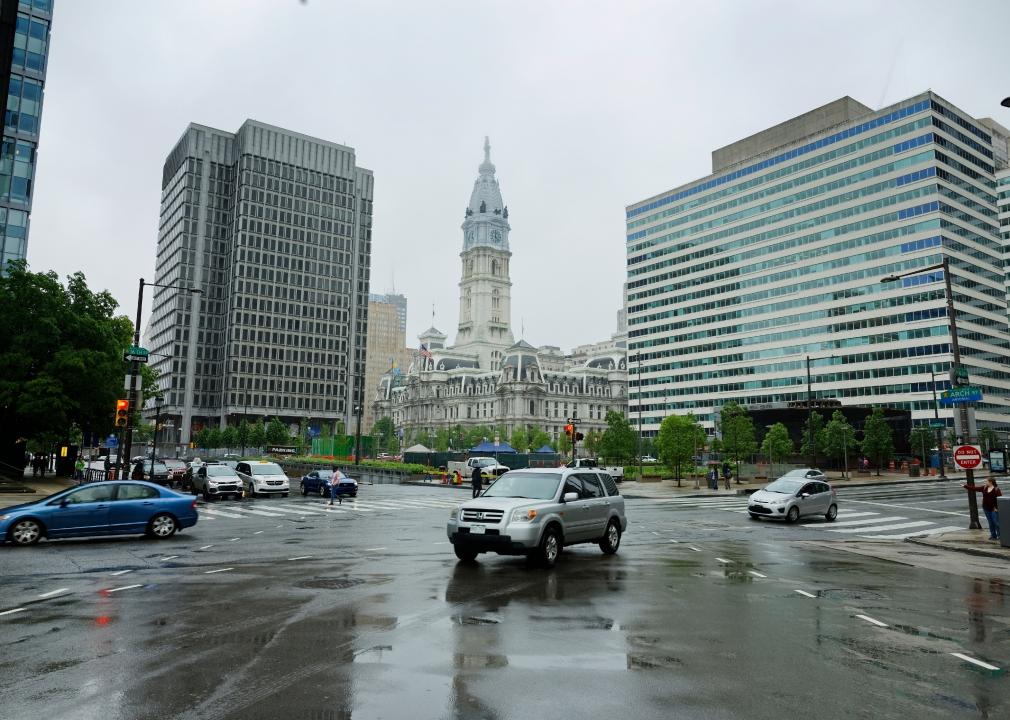 Philadelphia expects hotter temperatures and more rainfall to be its biggest concerns in the near future. A 2015 study from the Philadelphia Department of Public Health found that some areas of the city can be up to 22 degrees (12.2 C) hotter than other neighborhoods. More precipitation means more rain in summer and snow in winter, as well as more extreme storms, hurricanes, and flooding. The city’s climate adaptation plan includes engaging citizens and support for local food networks. 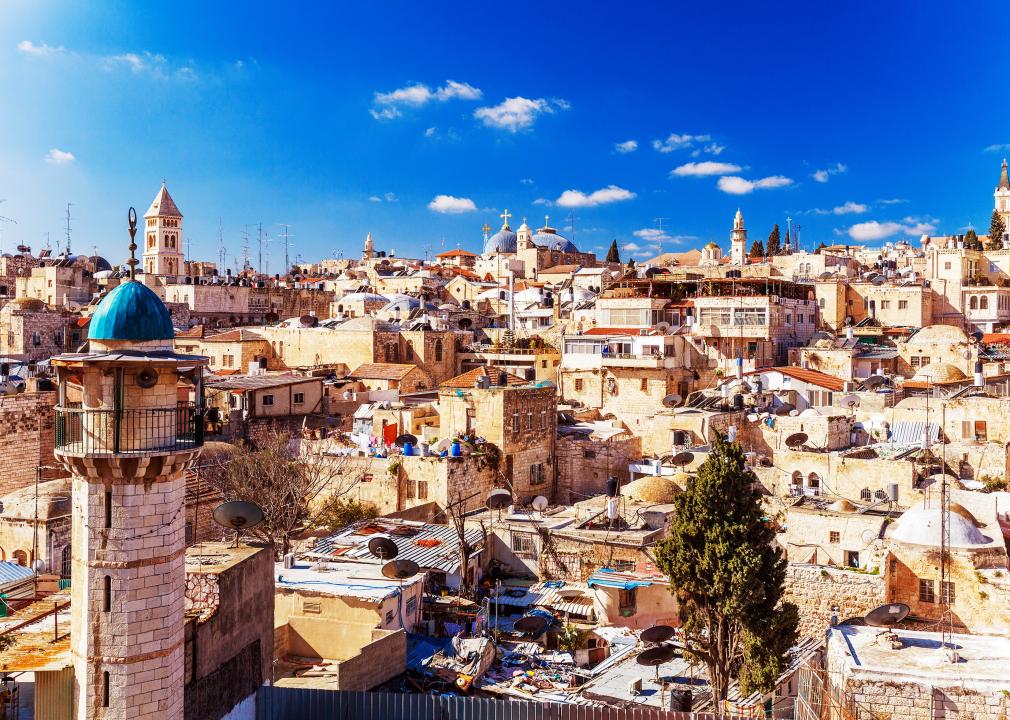 A hotter, drier future is in store for the already arid landscape of Jerusalem. Warming temperatures and decreases in precipitation—as much as 25% by the end of the century—threaten water sources for the region. More extreme climate conditions could dramatically worsen living conditions for residents in nearby conflict zones. 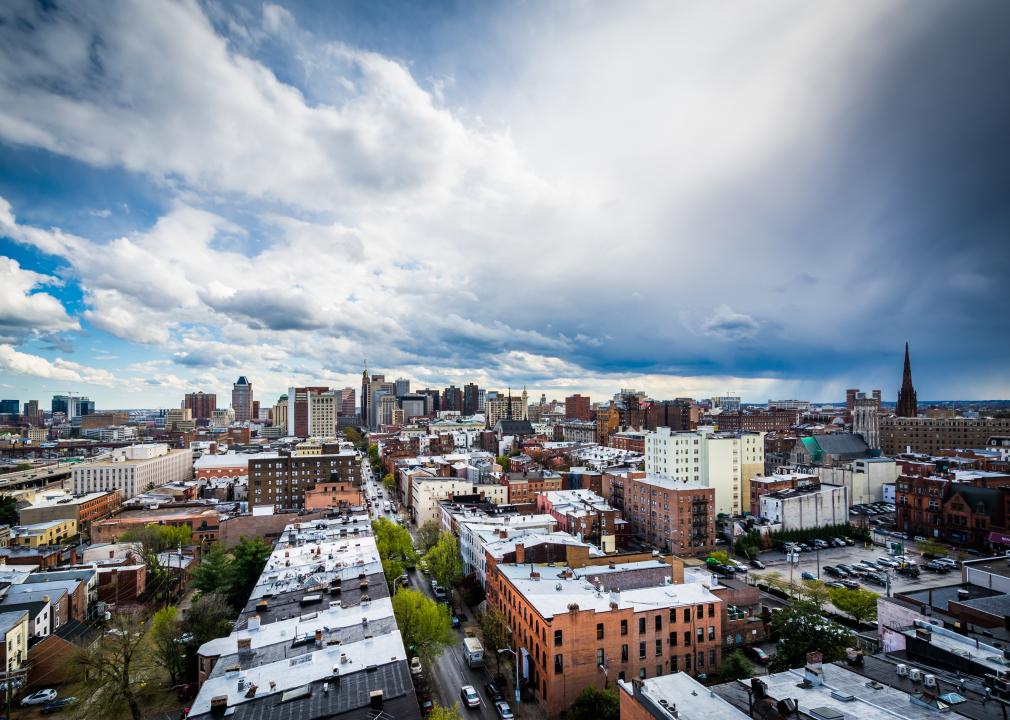 Baltimore is bracing for it all: extreme temps, floods, droughts, storms, rising seas, heat waves, and high energy demands. The city’s Disaster Preparedness and Planning Project (DP3) was launched in 2013 to lead the efforts in creating a more resilient city. High tides already breach the popular Inner Harbor area, cutting off access to its businesses. By 2045, it’s expected these high tide flood events will be 10 times more common. 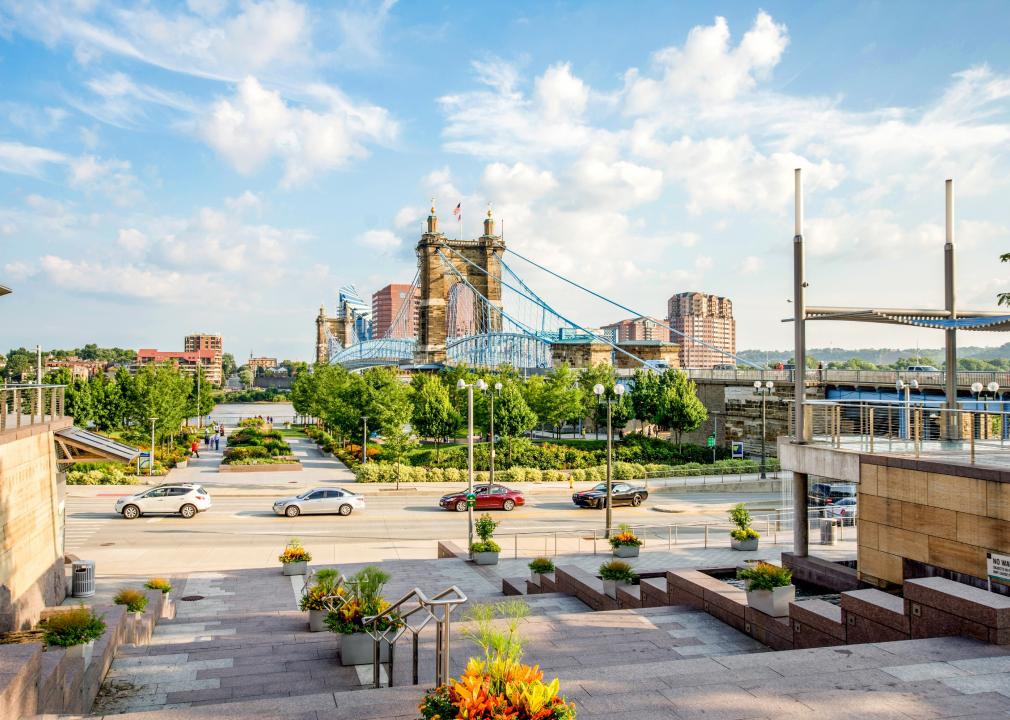 It’s been written that Cincinnati is putting forward an outsized effort in the fight against climate change, but perhaps that’s because the city is at such a high risk for rising temps. In 2020, it contracted a new solar farm that will be the largest in the country. The city is aiming for 100% renewable energy by 2035—a faster goal than even Stockholm’s 100% by 2040. 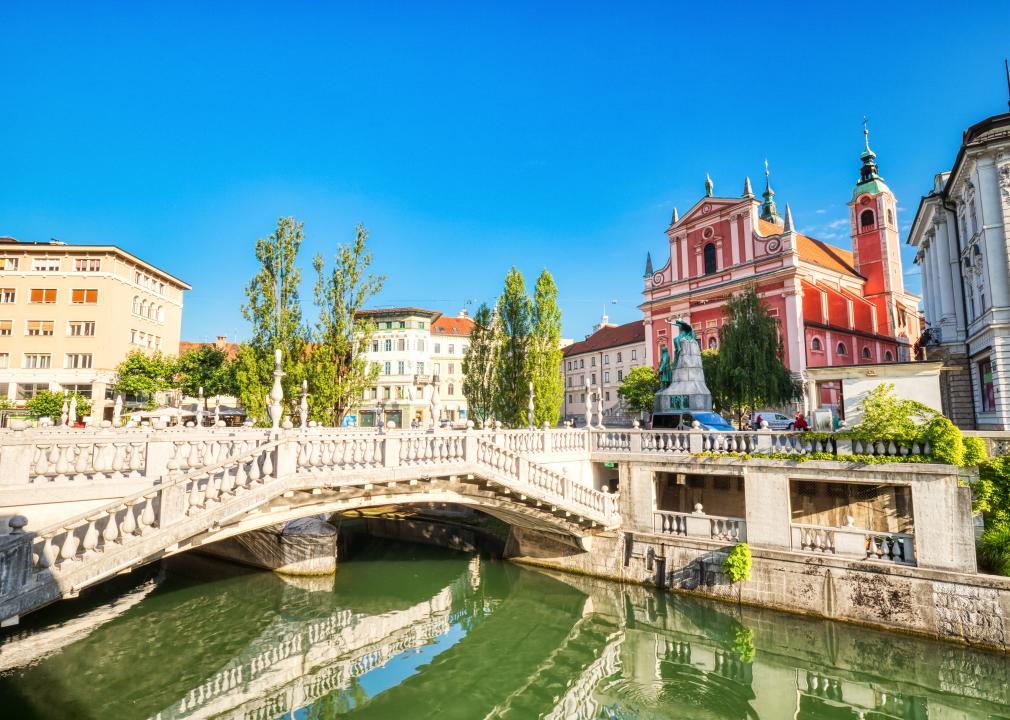 Topping this list is Ljubljana, the largest city and capital of Slovenia. It’s the fastest-warming city in the world, thanks to its topographical position in a basin that leads to weak air circulation with the surrounding landscape. The city is already rather small and loaded with green spaces, which will keep its warming from being even greater. The city government reported in 2019 that it has implemented 2,000 different projects to care for the environment, including planting 50,000 trees, energy efficient building renovations and more.